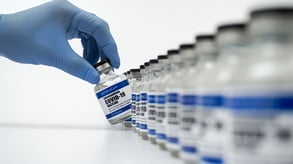 With more and more COVID-19 vaccinations being administered on a daily basis, Zillow® decided to run a survey to gauge the general public’s willingness to list their homes both now and after widespread distribution of the vaccines is complete.

According to the survey, about 52% of respondents feel comfortable selling their houses right now, while the large majority at 70% said they would be more comfortable selling their homes after the vaccines have been widely distributed. Zillow noted that this equates to more than 14 million homeowners that could join the market after widespread vaccination, which would provide a significant boost to the housing market’s low inventory.

Last fall, another Zillow report found that financial anxiety and the ongoing uncertainty of the virus were keeping many potential sellers out of the market. This most recent survey shows that both these concerns have begun to diminish among would-be sellers – dropping 4% in January from this past November.