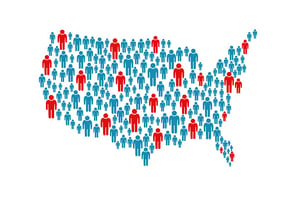 Freddie Mac recently issued an Insight report titled, “Population Growth: Where Are People Moving?”, which focuses on the country’s population growth and where this was occurring most.

The GSE mentioned that it carefully studied historical data while conducting its research, which shows the U.S. regions and metropolitan statistical areas (MSA) that have been gaining population and the factors driving these trends.

For more information, check out the GSE’s Insight report.