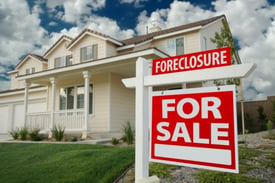 The FHFA recently issued its Q1 Foreclosure Prevention and Refinance Report, which showed the GSEs completed 224,646 foreclosure prevention actions from January through March 2021. The report also found that less loans are now in forbearance, as only 2.2% of all Fannie Mae and Freddie Mac single-family conventional loans remain in this state – down 0.6% from the fourth quarter of 2020.

The total number of homeowners helped during conservatorship is now at 5.8+ million, according to the FHFA, but the agency did find that foreclosure starts rose 45% during Q1, with a total of 9,125.

In addition, the report also noted that loan refinances increased during Q1 from the previous quarter, with 38% of these loan modifications reducing a borrower’s monthly payments by more than 20%.

For more information, including additional figures, check out the FHFA’s report.