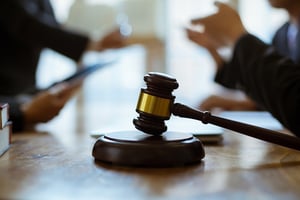 The CFPB recently announced that its Task Force on Federal Consumer Financial Law has released a report with approximately 100 recommendations to the Bureau, Congress, and state and federal regulators on how to improve consumer protection in the financial marketplace.

According to the CFPB’s press release, its Federal Consumer Financial Law Taskforce was chartered back in January of 2020 to study the existing legal and regulatory environment facing both consumers and financial service providers. In conducting its research, the Taskforce engaged with external stakeholders, industry leaders, the Bureau’s combined advisory boards, and regulators at both the state and federal level.

The Taskforce’s report discusses what it learned during its examination and these discussions with external stakeholders and uses five interrelated principles that serve as the foundation for proposed systematic changes to the current legal and regulatory framework, including consumer protection, information and education, competition and innovation, regulatory modernization and flexibility, and inclusion and access.

The report is available in two volumes, which can be accessed here.