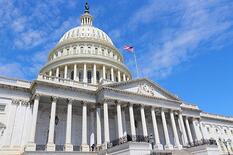 S.3401, or the “Self-Employed Mortgage Access Act”, would allow lenders to verify a borrower’s income using additional forms of documentation other than a W-2. This, in theory, would make it easier for those that are self-employed to obtain a mortgage.

According to HousingWire, the Qualified Mortgage (QM) rule has made it difficult for borrowers without a traditional source of income to get a mortgage. Senators Warner and Rounds believe the issue stems from stringent lending standards that are stipulated by both the Ability-to-Repay and QM rules.