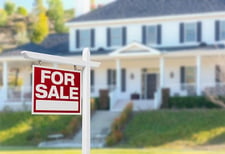 Earlier this year, LendingTree® released a report that compared today’s housing market with that of 2009’s – shortly after the housing crisis began.

According to LendingTree, its report studied the country’s 50 largest metropolitan areas to see where housing prices have recovered the most—and where they’re still struggling—since the height of the Great Recession. In addition, the company’s analysis also looks at how income and unemployment rates have changed over the last 10 years.

To see LendingTree’s report in its entirety, click here.