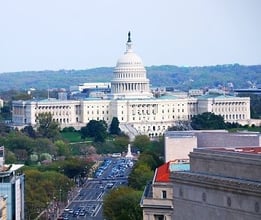 In an effort to promote affordable housing, Senator Kamala Harris and Representative Maxine Waters recently introduced a new piece of legislation known as the “Housing is Infrastructure Act of 2019”, which would invest $107 billion towards this initiative.

The new bill addresses key issues, such as the limited amount of affordable rental units and aging public housing, and calls for a series of infrastructure investments to help improve affordable housing options.

According to a press release from the U.S. House Committee on Financial Services, the legislation would invest the $107 billion as follows:

The new bill would also require 10% of nearly all its authorized funding to be used for sustainable features, including those that reduce utility costs for residents. In addition, the Act would further promote diversity and inclusion by requiring that grantees conduct outreach to minority and women-owned businesses to inform them of new opportunities that’ve been created through the funds provided.

To see the “Housing is Infrastructure Act of 2019” in its entirety, click here.