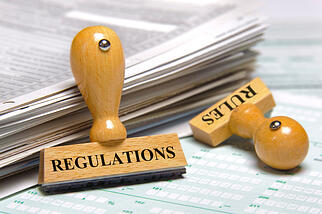 Mortgage News Daily recently reported that the House Financial Services Committee is considering several bills that could potentially impact lenders. According to the article, the following measures were discussed during two hearings early this month:

H.R. 1264 (Community Financial Institution Exemption Act) – H.R. 1264 would amend the Consumer Financial Protection Act of 2010 to exempt community financial institutions from all rules and regulations issued by the CFPB. Those that fall under this exemption include an insured depository institution or credit union with under $50 billion in combined assets.

H.R. 4648 (Home Mortgage Reporting Relief Act of 2017) – H.R. 4648 would provide a 1-year safe harbor for financial institutions from compliance with the CFPB’s data collection and reporting requirements that were issued last fall as amendments to the Home Mortgage Disclosure Act (Regulation C). The proposed bill would also restrict the CFPB’s ability to publicize any new data that’s collected and reported.

H.R. 4725 (Community Bank Reporting Relief Act) – H.R. 4725 would amend the Federal Deposit Insurance Act to direct federal banking regulators to issue new regulations that would allow for reduced reporting requirements for depository institutions with consolidated assets of $5 billion or less when making their first and third reports of condition for a given year.

Lastly, an unnumbered bill by Steve Pearce (Republican-NM) would amend the Truth in Lending Act by removing certain sellers from the definition of loan originator who finance the sale of residential properties. This exclusion would only apply to sellers (either persons or institutions) that finance no more than 5 residential property sales within a 12-month period, and that did not play a role in the construction of the residence.

In addition, the proposed bill would not include financing that is considered a high-cost mortgage, features negative amortization, or contains certain adjustable rate contingencies.