Brian Montgomery to Lead FHA for a Second Time 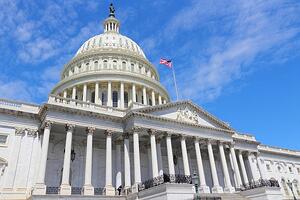 The U.S. Senate recently confirmed Brian Montgomery as the Assistant Secretary of the U.S. Department of Housing & Urban Development (HUD) and Commissioner of the Federal Housing Administration (FHA) by a vote of 74-23.

This long awaited vote finally came nearly 6-months after the Senate Banking Committee and Urban Affairs Committee initially approved Montgomery’s nomination. This will be Brian’s second stint as the FHA Commissioner, which he previously held under President George W. Bush’s administration (2005-2008) and for the first 6-months of the Obama administration in 2009.

“Brian brings a wealth of housing knowledge and experience to HUD having held this position in two previous administrations, and we’re excited to welcome him back to the agency,” said Ben Carson, HUD Secretary. “FHA’s work is critical to HUD’s mission of advancing sustainable homeownership opportunities and quality affordable housing for all Americans. Brian understands this better than anyone and will be ready on day one to address the challenges of today’s housing market.”

In addition to previously serving HUD and the FHA, Montgomery has also held other top positions within government and the housing industry. He’s served as the Deputy Assistant to the President and Cabinet Secretary, was a board member on both the Federal Housing Finance Board and NeighborWorks America Board, was part of the Housing and Economic Recovery Act of 2008 Oversight Board, and is the Co-Founder and Partner of Collingwood Group.

“I’m honored to have the opportunity to serve with Secretary Carson and the team at HUD to further [strengthen] equal access to affordable rental housing and homeownership opportunities and seek solutions to restore vitality to the housing market,” said Montgomery.