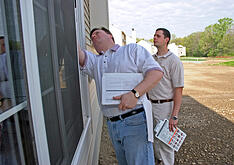 As it currently stands, any discipline that impacts an appraiser’s legal eligibility results in their inability to be a supervisor for a minimum of 3 years. According to the Appraisal Foundation’s press release, the AQB’s proposed changes seek to clarify that discipline imposed due to administrative matters will not disqualify an appraiser from being a supervisor.

As stated in its exposure draft, the AQB has been made aware of circumstances in some states where discipline is imposed for “administrative” reasons and not due to a breach of the individual’s requirement to practice ethically and competently. However, because the Criteria doesn’t distinguish the reason(s) for a disciplinary sanction that affects a supervisory appraiser’s legal eligibility to practice, all such sanctions currently prohibit an individual from acting as a supervisory appraiser for a period of 3 years after the sanction occurred.

The AQB is currently seeking comments on its exposure draft before October 25th. For more information, or to submit a comment, check out the exposure draft here.