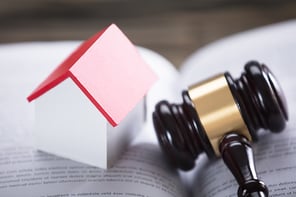 In particular, several states are considering bills that would amend appraiser licensing laws – including Alabama, Louisiana, and Oregon. Bills involving statutes of repose, which would limit the amount of time an appraiser could be sued or have disciplinary action taken against them following the completion of an evaluation, are currently on the table in Illinois, Louisiana, Rhode Island, Texas, Washington, Massachusetts, and Oregon.

Of note, the report mentions that Arkansas officially passed its own statutes of repose legislation in March (SB 394), which also includes mandates to help clarify appraisal reviews and who can perform them.

Another state to officially pass appraiser-related legislation was Utah, which signed SB 140 into law earlier this year. Once enacted on May 14th, the new bill will allow state-licensed and state-certified appraisers to perform evaluations for federally regulated financial institutions.

In addition, the Appraisal Institute also talks about how states are reworking their minimum appraiser qualifications, provides AMC oversight and regulation updates, and highlights other actions worth noting – such as legislation being considered in both Iowa (regarding out-of-state appraisers) and Oklahoma (regarding certified appraisers).

For more information, check out the Appraisal Institute’s Q2 Washington Report here.
(scroll down to “IN THE STATES”)